On August 20 & 21, 2022, the 17th Annual Log-a-Load for Kids Softball Tournament was held in Caledonia, Nova Scotia. Nine teams representing the Nova Scotia Forest Industry, including sawmills, forestry contractors and local businesses, came out in support of the event. It was a beautiful weekend for ball, congratulations to the Maitland Bridge Astros and Mary Lake Home Hardware teams for winning their respective divisions.

A special thank-you to Willie Kempton, who accepted our challenge to conduct his own fundraiser for Log-a-Load, raffling two jackets and hats, raising over $500. Also, congratulations to Its Millett Time for winning the team fundraising award bringing in over $1000 in pledges. Two players – Danielle Colp-Wamboldt and Bruce Delong did an awesome job collecting pledges of just over $500 each. In the end, the big winner was Log-a-Load for Kids and the IWK Children’s Hospital, as the tournament has raised over $300,000 since its inception in 2005!

Again this year, there was an overwhelming response to our request for contributions and the generous spirit of the ball teams, their supporters, and the local community was outstanding. 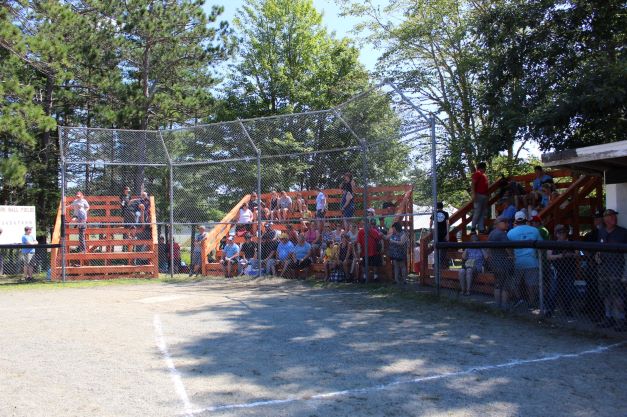 The organizing committee consisting of Wendy Looke, Megan Looke, Connie Atkins, Joanne Weare, Mitchell Herman, Trinda Webster, Peter Robichaud and Rod Badcock would like to extend a big thank you to all of the participants, sponsors, and contributors for their support.

Log-a-Load for Kids Canada, an initiative of the Canadian Woodlands Forum, is a national giving campaign through which loggers and other forest industry people donate the value of a load of logs, or any amount raised through fundraising events, to local Children’s Miracle Network (CMN)-affiliated hospital foundations. One hundred percent of all contributions go to local CMN Canada hospital foundations. In Nova Scotia, funds raised go to support the IWK Children’s Hospital.

Manage Cookie Consent
To provide the best experiences, we use technologies like cookies to store and/or access device information. Consenting to these technologies will allow us to process data such as browsing behavior or unique IDs on this site. Not consenting or withdrawing consent, may adversely affect certain features and functions.
Manage options Manage services Manage vendors Read more about these purposes
View preferences
{title} {title} {title}